I spoke too soon yesterday. Not everyone had officially "sprung ahead." The children in this photo are the ones who had to have a meeting when they arrived, because they arrived one hour late today. NOW we are all on the same page. It only took from Sunday at 2am until Tuesday at 9am to become official. Speedy. 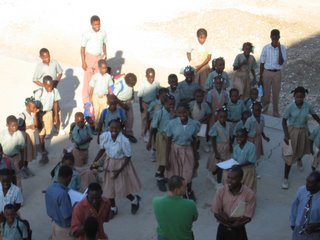 This is Donald giving Britt some advice about her patient this morning. Not because he knows more then her, just because he likes to give advice. ;-) People from Kentucky looove to hear the sound of their own southern drawl. That has to be it. 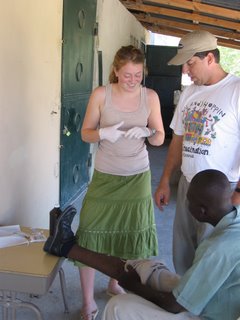 Isaac announced to one of the team members over his bowl of Fruit Loops, "I really loooove Haiti." Then when she asked if it felt like home, he said "NO, Zimmerman is my home." Baby steps, it is all about the little baby steps. We are making progress. 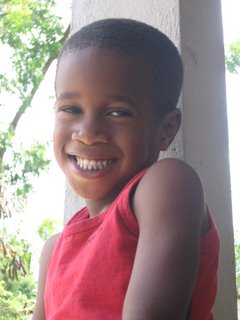 These photos are from the visit to the Barbancourt Feeding Center. They actually feed close to 350 kids each day at this feeding center. The food is hauled over from here in big buckets and most of the kids who come are not in school. Paige and Isaac went along for the ride and helped take photos. 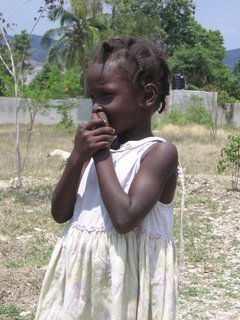 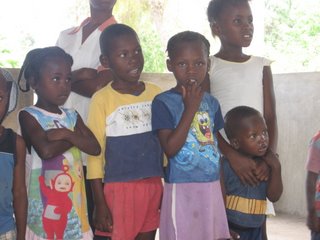 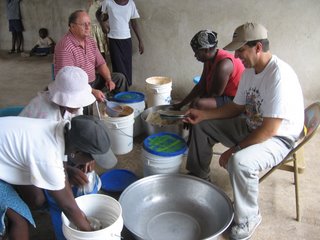 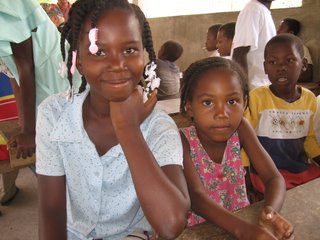 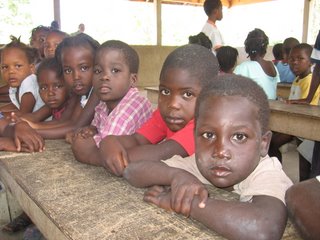 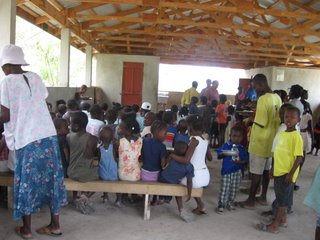 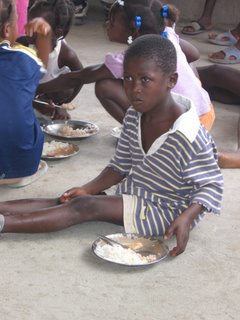 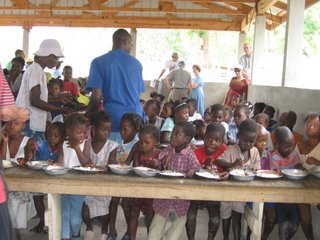 It does not show up very well. But Jack-Jack has his first shiner. Left side as you are looking at it. We would love to say he got it whoopin some bad kid in the village ... but, no ... he fell backwards into a big bin and it popped up and hit him under the eye. He looks tough though, so no one messed with him today. (Or, as tough as a person that looks like Jimmy Neutron can look.) 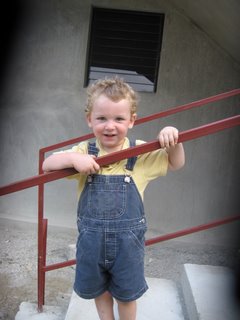 At church tonight. The ladies were very entertained when the guy in front of them showed them that he had a photocopy of Troy's passport. I had it in my Bible last I knew. Key word: had.

I don't think he will be able to impersonate Troy, no worries. 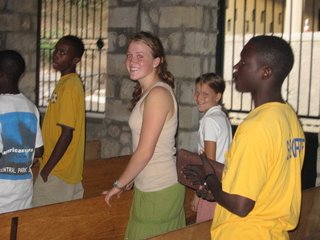 What is happening on American Idol this season? Somebody tell me. Is there anyone worth watching this time? I still say Clay Aiken is by far the best of all AI winners. Random Commentary. Goodnight. ~Tara (Happy Birthday Kristine Dawn)