Trip to the Market

Today the team divided and conquered. Some did work on property and some went to "update" children in the feeding programs that take place off property. Once eveyone was done with their work we made a late afternoon trip to the Archaie Market.

Troy once described it as the MN State fair on steroids, only without a lot of deoderant or food on a stick, or rides. I think that is fairly accurate, only to me the smells and sights actually assault your senses. (Not necessarily in a good way.) Total sensory overload in many ways... with people everywhere. We weaved our way through the entire market and were able to get a few decent photos. 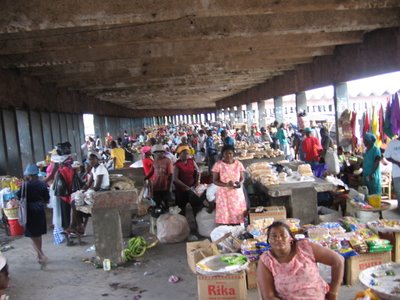 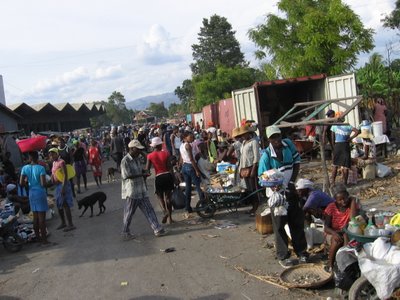 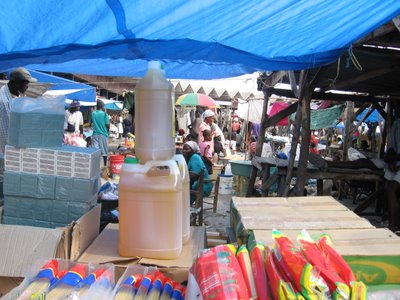 A Sugar Cane salesman on his way home for the day. 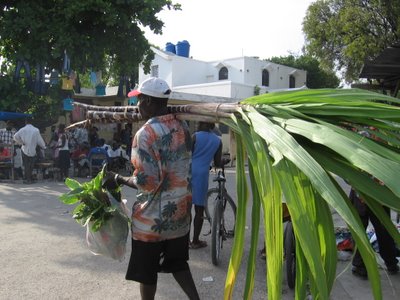 Britt went to the market on a mission to find plastic sandals. She found them and Troy paid $20 Haitian Dollars for them. The lady told Troy "$25" Troy said, "No, $20" 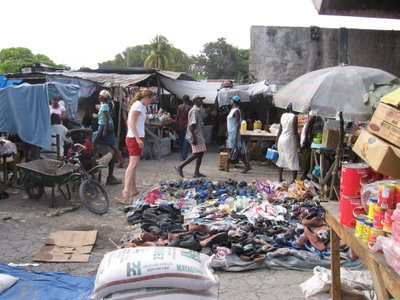 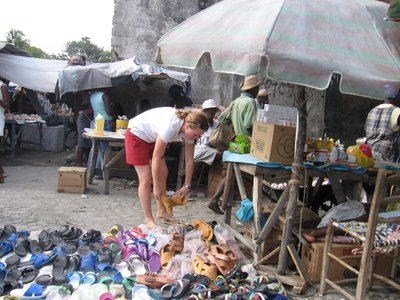 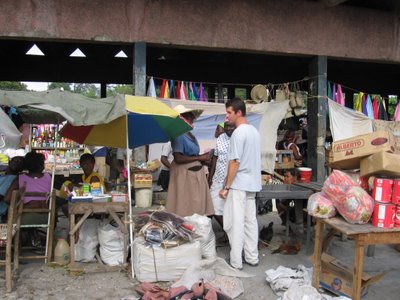 Troy pretended he was serious about buying these fish so I could get some pictures without being too obnoxious. Way to the right of her table are pig ears. Troy got in the way of photographing those. 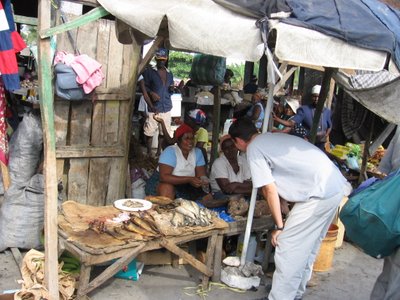 Fish anyone? Mmm Mmm Good. I think the heat and flies only serve to enhance the taste and appeal of this market item. 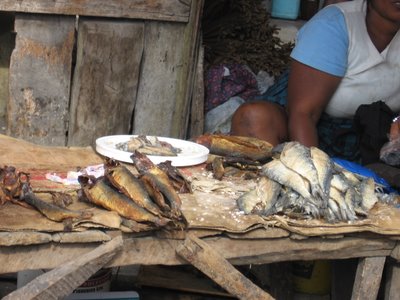 These photos are right on the ocean. When Troy posted about the horribly destroyed enviroment and sending all the spazzy enviroment people in the USA down here, where there are real issues; this is one of the things he was talking about.

Mounds and piles of charcoal made by cutting down trees and letting them smolder under soil to use as charcoal. It is a black, dirty mess. There is garbage all along the coast line. The boats look like something Jesus and Peter might have used. They wait for their passengers to return with bags of charcoal & food for the week, on their heads. 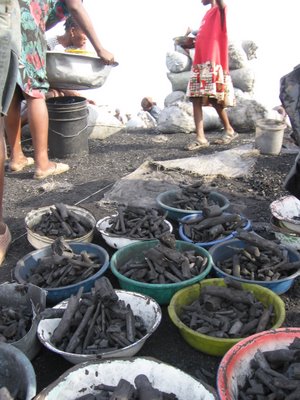 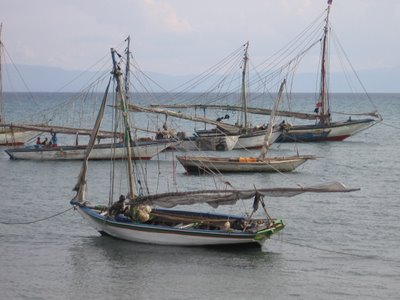 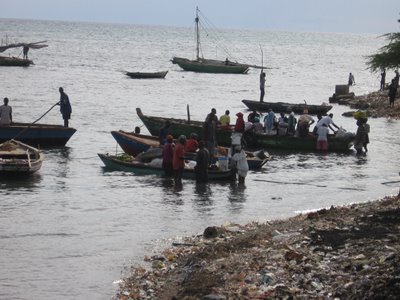 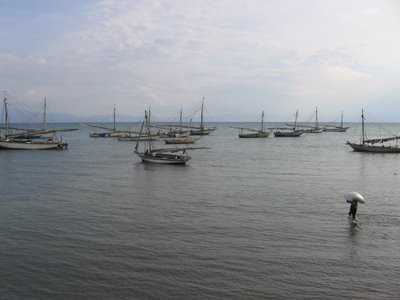 Britt took a short nap at the market. ;-) (Check out the new plastic shoes.) 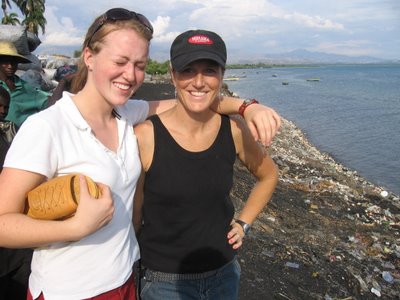 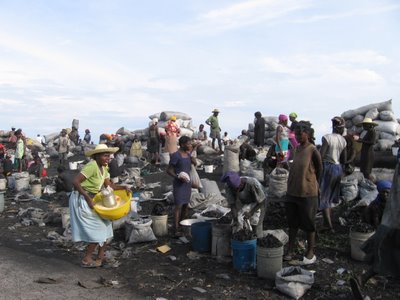 Today was one of those cry easily days. First, I cried when my dad sent us an email from the Ukraine. Not that it said anything out of the ordinary. It was the usual love and support sort of stuff, I think it just surprised me to hear from him, so then I missed him and then I was crying. Thanks dad. ;-) It was way cool to hear from you.

Then, at the market we saw one of the most depressing things you can see here. There was a severely handicapped man. His knees fell way in so that when he walked his knees were bent in toward each other and his feet were wayoutside of the width of his body. When he took a step it barely advanced him forward. He was very thin and his clothes were torn up and tattered. He had a little yellow bucket in his hand. I don't know if he used it to beg for money or why he had it. One hand turned all the way in and he could not use it. It might sound odd, but I had just gone through the market for an hour and ignored 15 people asking me for a dollar. For some reason, when he did NOT ask, it just made me bawl. That guy needed a dollar more than anyone I have seen since I got here. Even thinking about him now makes me feel teary. I personally cannot imagine dealing with a physical handicap in the USA. To deal with one in Haiti seems like cruel and unusual punishment. Too sad.