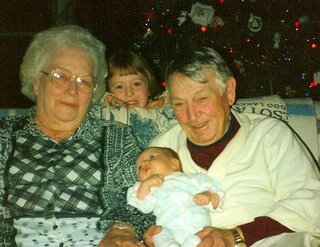 The last year has been a year of big changes for you, not only did you leave the familiarity and comforts of life in Minnesota to move 2,700 miles away to the developing world, but all of a sudden you are a young woman and no longer a little girl. We have been amazed at the graceful, even peaceful way you have emerged into the more mature Paige. Your insights thrill us, it has been so fun for us to watch you learn Creole and minister to the people in LaDigue. Most of all, you always pleasantly surprise us with your depth, faith, and love for others. We're proud Paige! And with good reason. You're a gem. God loves you, we love you! 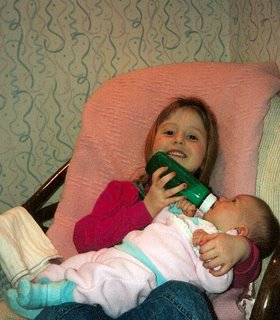 There are stories that belong in the past, and there are stories that should be told. When I think back on the beginning of this story, I do so with mixed emotions. I have never been one to conceal things. Because facing things squarely brings healing, and healing is from Him, and all things are for His glory, I am inclined to share the story. It is a story of healing. It is a story of HIS love. 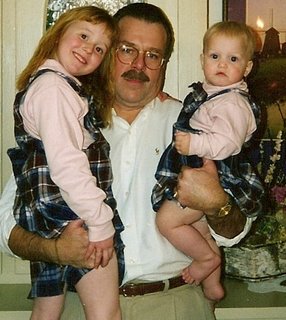 To go back to the beginning of Paige' s life is to take a trip through some of the roughest times in my life. There have been plenty of difficult things that I faced due to my sin and poor choices, and the poor choices of the people I surrounded myself with; my pregnancy with Paige was one of those difficult things.

In the truest sense of the definition of "crisis pregnancy," I found out I was pregnant in March of 1994. The weeks and months following this discovery were dark, desperate times for me.
The combination of outside pressure and shame caused me to head down an arduous path, a path that I did not support or condone prior to traveling it. In my hurt and shame I lost myself.


I knew that the relationship I was in crossed boundaries for my parents. I knew I was ignoring the truth of what I had been taught. I knew I should not be involved intimately with someone who was not my husband. I knew all of that. I ignored what I knew. I did not care what God thought about my sin. I just wanted to do what made me feel good about myself in the moment. I was a 22 years old, divorced, single mother; trapped in a cycle of ridiculous choices.

I was under pressure. I felt too afraid and ashamed to go through an unplanned pregnancy "alone" so I shoved aside my beliefs and scheduled an abortion. I kept the pregnancy news quiet. Only two people knew. 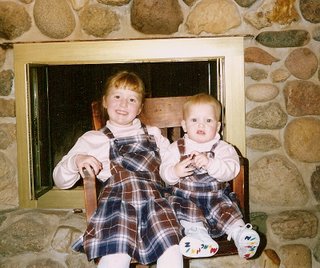 Thankfully, God provided an escape plan. Even as I planned it and scheduled it,  I knew that having an abortion would be something I couldn't very easily live with and He  sent a rescue team. The night before my abortion appointment my parents showed up at the door to tell me they had learned of my plan and to remind me that my sin and unplanned baby were not too big for God. They spent hours convincing me that HE could help me deal with it another way and that, contrary to my belief, it was not too big for Him to forgive. They promised to stand by me.

I spent years feeling guilty for even considering ending Paige's life. Not anymore though. Those things have long since been forgiven and forgotten. The Bible says that whenever you come to the Lord with a repentant heart, He will cast that crud into the sea and it will be forgotten. He forgot it when I confessed it, and I'm not reminding Him! It is done.

I really had convinced myself that He could not love me and that I could not endure the shame it would bring to my family. Those were lies I told myself. None of it was true. And while it was, without a doubt, the toughest year of my life; it resulted in one of the greatest gifts I've ever received. I am thankful that rooted somewhere deep in my heart was the truth of God's love for me. Because of that truth, I had the strength and courage to give Paige life. I grieve for young pregnant women who lack God's peace that can (and does) provide them with courage to face mountains. I hurt for those girls who don't receive mercy and compassion from loving family and friends.

Late in my pregnancy, under pressure again, I met with an adoptive couple who I told, "If I do place the baby, I will place it with you." Not long after I met them I wrote the agency and asked them to tell the couple that I would not be placing my baby. I had made a decision to parent. I could not get peace to place, it was not what God had planned for me or for Paige.

Paige was due on November 15. On November 30, we finally used Pitocin and convinced her to appear. My mom, dad and sister were all in the room to welcome her into the world. Every detail of that day is fresh in my memory.

If I said it was all roses from then on, I'd be lying. God still had work to do on me. He works even today. I praise Him for not giving up on me. I thank Him for placing people in my life that would steer me back to His word, His truth, and His unfailing mercy.

Whenever Paige's birthday rolls around, (and it seems to happen faster each year,) I reflect on all the things the Lord has done in my life. He has forgiven me. He loves me enough to give me the gift of this child. I am blessed to parent Paige. There is nothing more humbling. God is good. He has big plans for this young lady.

All the birthday stories are linked on the kids' photos on the left side of the blog.
at Thursday, November 30, 2006