Britt displaying one of the nine Starfish that she and Paige captured on their Kayak adventure. Ever enviromentally aware, the ladies stuck with their Minnesota fishing philosophy of 'Catch and Release.' Nine freed Starfish are saying, "Thanks B and P!" 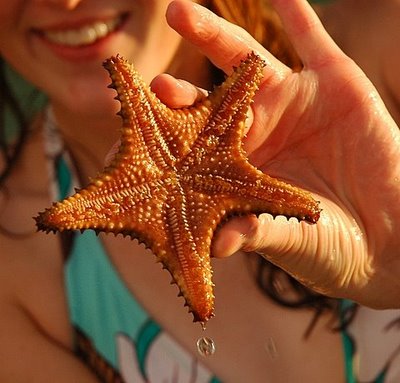 Last week Troy met up with Zach. He thought it was to pick up a part for the exhaust on the generator, but Zach came with loads of medicine, seeds, peanut butter and medical supplies. Here Britt, Tipap, Pastor Rony, Herman are sorting through some of the loot. THANK YOU ZACH!!! 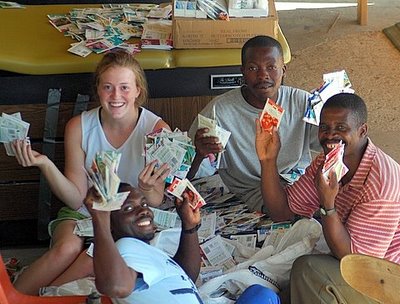 It is not uncommon to see the UN when we are out and about. There is a big station about half way between our village and Port and the soldiers, tanks and trucks can be seen all over Port au Prince. 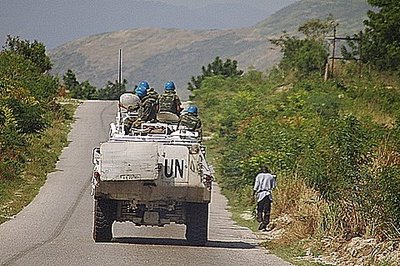 The National Palace in the background. 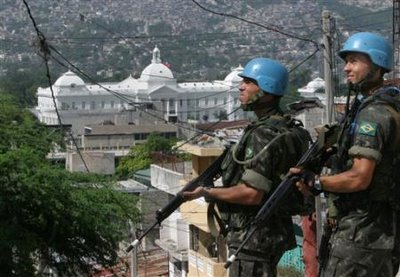