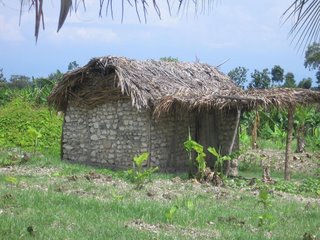 Writing silly things, using self-depreciating humor, teasing my spouse ... that comes easy for me. I can throw that up on the blog all month long.

Serious thoughts are harder to share. I often let serious thought sit in the "drafts" folder for weeks. I read them and re-read them, always trying to be sure my thoughts come across clearly. Sometimes I get stuck in the cycle of wondering if what I say will offend someone or land on them wrong.

Ever since I realized how many total strangers are reading this blog I spend more time second-guessing how people will take my humor, my sarcasm, strong opinions or deep thoughts.

So then, I got to thinking about that more.

If they are *my* deep (or trivial) thoughts, then why do I even care how they land on a unknown stranger in Yazoo City, Mississippi? I am just putting it out there. I am done worrying about how the audience receives it. That is just plain dumb.

Having said that ... here are some thoughts that have been in the pipeline for a while. Time to clean out the drafts folder.

I once admitted to keeping many of Haiti's sad things at arms-length. It is all part and parcel of my larger desire not to let every situation "own me" emotionally. So many things here are sad.

Situations here often frustrate me. Then there are times you feel both frustration AND sadness. ACK. Emotion overload.

The situations are dire, the poverty staggering. Certain things trigger fast and furious tears, others just cause that dull pain you feel when you have seen the same thing far too many times. And then there are the goofy times where you are off-balance for some reason and BAM, you are bawling.

Sunday, the little boys running through the nasty mud -- trying to make money directing traffic --they made me bawl. I have seen that ten times. The tears surprised me.

There are two schools of thought when it comes to missionaries here. Some missionaries think you should never give hand-outs. They don't think a free medical clinic should ever be offered, they would not even consider handing a beggar a dollar and they preach about sustainability. They say missionaries are totally to blame for the begging, entitlement mentality that is so pervasive here.

Other missionaries will give the population they serve anything they are asked for, whenever it is possible. If someone walks up to them and asks for a dollar, or ten, they willingly hand it over - no questions asked.

I/We fall in the middle of these two schools of thought. I was raised by the single most conservative person north of the Mason-Dixon line. His conservatism would make even Rush Limbaugh blush. (He said it, not me.)

I stand a bit to my sweet father's left, but it leaves me a Capitalist. I believe hard work equals rewards. I don't think you should sit on your butt and expect other people to take care of you. Mooching makes me mad. Having said that, I have lived in Haiti just long enough to understand that telling a beggar to go get work, is much easier said than done.

It frustrates me to listen to beggars. The line of requests is often long. It gets old. I know that sounds harsh, but it does, that is where the frustration comes in. On the other hand, it makes me sad when I see a situation where the person is not really begging, they have just come to a place where they are out of options. There is a difference.

We have been attempting to listen openly to needs. We are sensitive to the fact that we could easily become jaded towards and angry with the very people we came to love and serve -- and in the name of Jesus at that.

The result of all of this struggling to decide what our official position and opinion is, has been the decision to pray about individual situations as they arise. If the situation allows it, we have begun to ask the person to come back after a day or two so we have time to think and pray about the need. In some cases it feels very right to help, in others it doesn't.

Sometimes you feel like a real jerk saying no to someone who asks for help, especially since compared to them you have it all, yet you still say "no" and you say it far more frequently than you say yes. 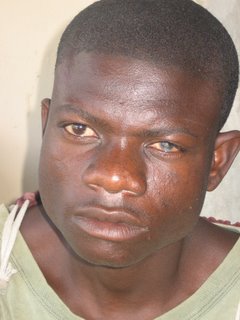 The photo above is of Samson. This young mans situation is one that for us, clearly fell into the "we can help" category. He came to us first asking for money to go to the eye Doctor. It was obvious by looking at him that he needed to see one. Not long after that he came back with a prescription for medicine. As near as we can tell by reading the Doctors notes, he has Glaucoma and the Rx was for medicine for the next nine months. He will come back again in nine months with the same need. Sustainable? Nope.

How do you look at young Haitian guy, who is losing his vision and say "Go get a job, earn money for your medicine." You don't. You can't. I won't.

Personally, I either cry or try not to think about it. This kid would need to work two months to earn enough money to buy his medicine. That's before he eats anything. Take eating into account and he needs to work three or four months before he will have enough for his nine month prescription to be filled. Look at his eye. Do you think he should have to wait to have medicine? Haiti is hard.

The entire thing is a quandry. The only thing I know is this; it is not cut and dried. I cannot see taking either school of thought and adopting it as a rule, and frankly I don't see how anyone else can either. And, if you are going to hand over money how can you possibly create an enviroment where people won't ask you to hand over money?

What do you think?

James 1:27 (KJV)
Pure religion and undefiled before God and the Father is this, To visit the fatherless and widows in their affliction, and to keep himself unspotted from the world.