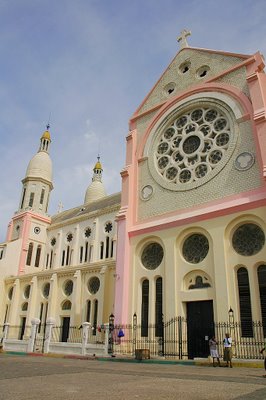 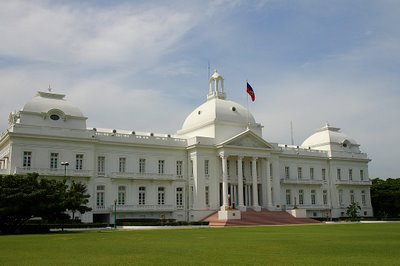 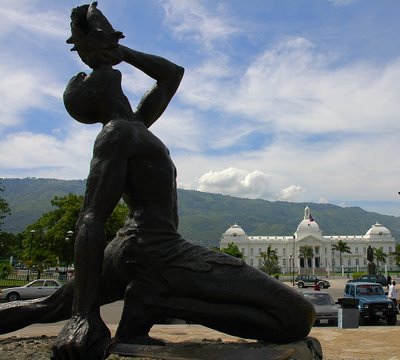 Statue of Jean Jacques Dessalines, the first "emporer" of Haiti 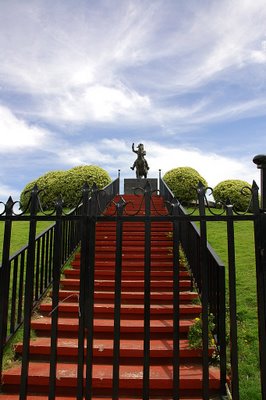 While the school director was shopping for books downtown Port Au Prince last week, I headed off to the nearby "safer" neighborhood around the palace. I had a chance to see the palace area up close and get some pictures of the surrounding national monuments. My favorite one is the Neg Mawon statue. I will post more pictures of it and some more history later. It is a tribute to the slave army that formed and helped overthrow Napoleon's army, and ultimately win Haiti's independence. The area around the palace is well-policed and kept fairly "clean". I was surprised to see the parks and well-kept promenades there.