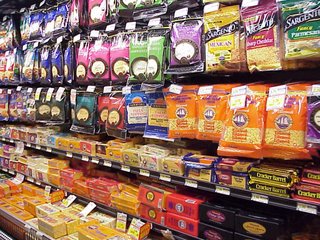 I believe I am in a writing slump. I keep trying to convince Troy that he needs to pick up the slack, but he's got nothing either. We're lame. We've got nothin'. No wisdom, no deep thoughts. Just fluff. Maybe it's time you search for a real missionary blog.

Thoughts random, and unimportant and having little to do with anything-

Britt disagrees with our assessment of her cheese intake and is asking for a formal retraction. Fine. Done. She eats five ounces of cheese per day, not eight as originally stated.

Noah is every bit the jerky teaser as every one else in this family, even at age two. Today I heard him say to Isaac "Hey Ikeeee, what you got on you eye, dirt???? Huh Ikeee?"
That mean streak comes from Troy, be assured. ;)

Paige hosted a little birthday party for her friend tonight, she is going to write about it tomorrow. It was cute and fun and an excellent excuse to make chocolate cake.

Ever the mother hen, Hope has taken to TRYING to make sure the boys are always in line. At least six times today I heard her griping at them and then saying "FINE," giving in to whatever boy scheme the guys were trying to talk her into ... building bombs, scaling walls, or something equally destructive and dangerous.

Britt and I ran together again today. I have officially decided I hate running on our road. I will do it anyway, but it is annoying. There are all these rules and unspoken expectations ... like, if I don't say "Bon Swa," then I am a rude jerk. If they don't say it ... well, they are still golden and I should have said it first. I cannot make eye contact and greet people while I am watching the road to be sure I don't break my ankle. I just want to run and not talk along the way. Is that so wrong?

The extremely nice thing about Britt's new interest in running is that she can lip-off in Creole if the need arises. So when some kid says "Give me your water." (Happens every run.) She can say "You're sitting there doing nothing, I am working ... forget it." Then when another kid was totally mocking us by flailing his arms and trying to run with us she taunted him by telling him he was too slow to keep up with us and should just give up before we made him look bad. He must have believed her because he quit right about then. All of a sudden she is a runner. Maybe it's the cheese. Whatever it is, I am glad to have her company.


The lowdown on Hopie's birthmom ... we don't have much new info to share. She was supposed to go to another Dr. appt on Friday and did not show up. That might sound alarming, but she's Haitian so it is not alarming. She either did not feel like it, did not remember, or picked a bad tap-tap and ended up not getting there in time. All her bloodwork looks good, we still have no better due date. We got our bassinet and a few bottles and onesies and feel much more ready than we did last week. John M. sent us a beginning list of documents to gather so we are figuring that out.