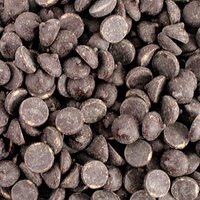 Sometimes we just give in and put stuff in the grocery cart, paying no attention to the price. The only problem is, curiosity gets the best of me and I pull the receipt out in the truck and start figuring out what we just spent.

We have been without chocolate in the house for a few weeks, the August supply from MN has long since been consumed. I was horrified to learn that the normal size package of chocolate chips costs $4.52. We are rationing six chips per person per week. ;)

Toilet paper averages 90 cents a roll. Paige was asking why I was shaking my head and I told her what toilet paper costs, she said "Yeah, but there is really no way around it. You gotta have toilet paper." Always the voice of reason...Thanks Paige. It would help if the children under six in this house didn't use a half a roll every time they use the facilities.

The cooler weather seems hesitant to show up down here. It is so sticky/hot for October, or at least to a Minnesotan it is.

Today we are headed to Wahoo Bay (private beach) to hook up with Dr. Fulton. He and his wife were here in July and we got to know them a little bit ... he was kind enough to invite us up to join his short term mission team for an early dinner this afternoon.

Noah is doing great. No fever, no issues to report. Thank you for praying for him. We cut off his curls today and now I am kicking myself and mourning. He looks so different without them. We'll post some pictures for the Grandma's later tonight. Have a good Sunday afternoon.